Aug. 26th, 2012 Train Robbery in Rothwell Park , Moberly MO.
In Commemoration of Confederate Col. Poindexter taking the Fayette, MO. Gold from the Train in Moberly that was heading to a New York Bank on August 28, 1861 and returning it to the Bank in Fayette.
Anderson Camp #1743 Sons of Confederate Veterans, Huntsville MO. donated an afternoon to the Friends of Rothwell Park Mini RR……………………………….
Participating was:
Commander, Neil Block
Members: Dan "Nohorses" Ballew and Duddy Pilkington 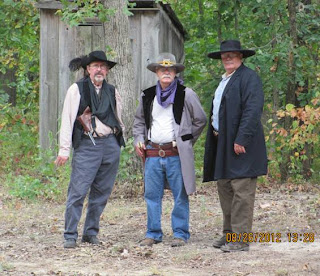 4 situations stand out for me that day:
The first was the little girl who would not give up the money bag to Neil and then the little boy who jumped off train and attempted to escape and we shot our guns at him before he was captured.  The last thing that stood out for me was when Neil could not get anyone to give up the money bag hidden on train.  One of the passengers said:  "Obama must have it.!"  I LOL at that one…..
But the last one was really funny!  Neil hid in the Outhouse to rob the train.

Below are a couple pics of him coming out of it……now that was funny! 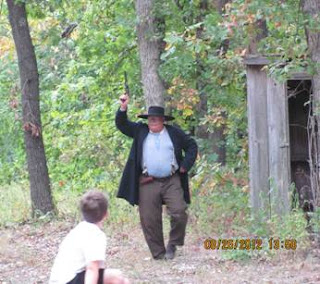 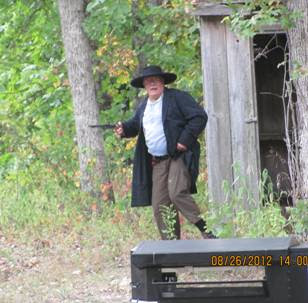 Below are a few pics I have chosen out of many taken that Day of Train Robbery: 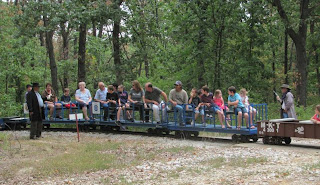 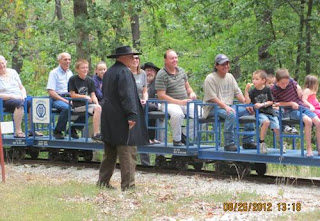 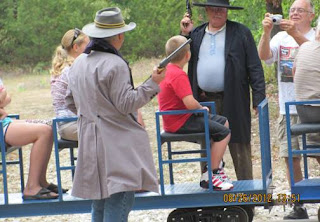 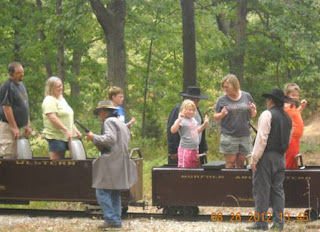 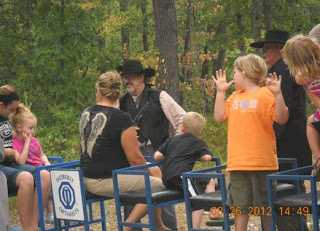 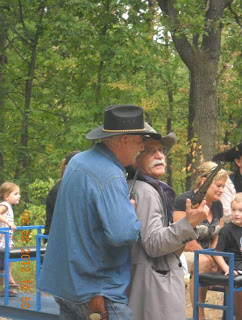 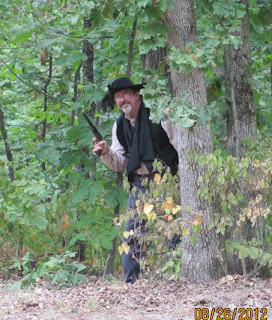 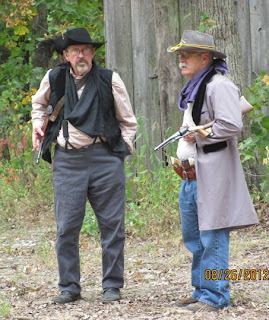 Okay Men, that's about it for now…..I chose the best of them pics.  Many were out of focus and some with heads cut off and such.  Hope you enjoy these!   We got to take what we can get when we aren't the ones taking the pics…….
Dan "Nohorses" Ballew ….out…