Isham's grandfather was Capt. Thomas C. Holland, 28th Virginia Infantry Regiment, a survivor of a serious wound at the stone wall during Pickett's Charge at the Battle of Gettysburg, July 3, 1863. He moved to Callaway County after the war. He attended the 50th anniversary of the battle in 1913, meeting the Union soldier who had always thought he had fatally shot the brave captain.

Isham was nine years old when his grandfather died in 1925.

At the same reunion, Camp Commander Noel A. Crowson, longtime Chaplain of the Gates Camp, was officially welcomed into the Chaplain Corps of the Missouri Division. He is also pastor of High Point Community Chapel in Callaway County. 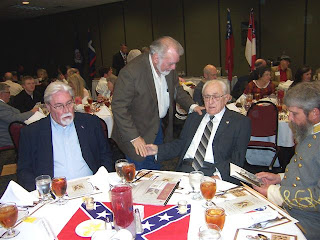 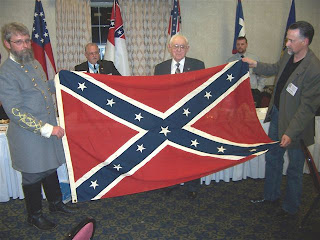