"GUARDING OUR FUTURE
BY PRESERVING OUR PAST" 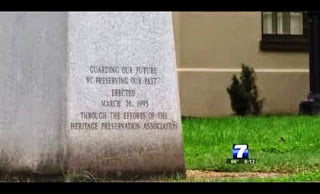 Many thanks to all of you who took the time to email, write or call the suggested contacts for the Danville Museum of Fine Arts and History, as well as the Danville City Manager and Mayor.
After reviewing the state and city ordinances, resolutions, and statutes regarding the Confederate memorial at the Sutherlin Mansion, we are confident that the outrageous request from the Director of the museum is BY LAW not permissible, and will be denied.
Still, we MUST remain vigilant, and ask that each of you, if you have not already done so, take a few minutes to write a polite email or make a phone call and let those involved know just how many people feel strongly about this matter.  Encourage Museum Director Ms. Cara Burton to withdraw her request, and urge the City Manger and City Attorney to deny the request and put an end to this nonsense. 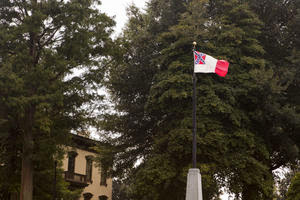 ​
This is the form email reply that is being sent from City officials:


Thank you for your email.
Please be aware that the Danville City Council has not yet had the opportunity to consider the request of the Board of Directors of the Danville Museum of Fine Arts and History to remove the Confederate flag from the museum grounds.  When it does, discussions will be conducted at announced times in public meetings.  City Council will seek public input on the matter before making a decision.  Please regularly check our municipal website, http://www.danville-va.gov, for news and announcements.
From the City Clerk this morning:
"Next Danville Council meeting is Thursday Oct 9th @ 7pm.  Flag agenda not on Oct 7th agenda - per city clerk. She states flag agenda may be in Work session agenda immediately following council meeting across the hall.  Public is welcome to attend BOTH council and work sessions, but comments are not allowed in work session."
Based on this information, we would encourage any and all who oppose the removal of the Confederate Memorial in Danville, and who can make the trip, to attend both the meeting and work session Thursday night.  A strong showing, as a preemptive strike, will send a message to both museum and city officials.  427 Patton Street, Council Chambers, 4th Floor, Danville, VA 24541
Thank you all for your support and efforts.
Susan Hathaway
Va Flaggers

Saturday, Nov. 1st: Susan will be speaking at the 100th Anniversary celebration of the dedication of the Confederate Monument in Lebanon, VA.

Saturday, November 15th - Sunday, November 16th:  We will have a booth at the Capital of the Confederacy Civil War Show at Richmond International Raceway.  The 34th Annual Capital of the Confederacy Civil War Show presented by Mike Kent & Associates along with the Central Virginia Civil War Collector's Association. This is one of the oldest and most respected Civil War shows in the country.  Hours are Saturday 9am - 5pm and Sunday 9am - 3pm.  http://www.mkshows.com/cgi-bin/show_display.asp?52
Saturday, December 7th:  Mechanicsville Christmas Parade. The Va Flaggers will join the Edmund Ruffin Fire-Eaters in this VERY Confederate friendly parade.

Thursday, December 11th:  Susan will be speaking at the December meeting of the A.H. Belo Camp #49, SCV, Dallas Texas


Friday, December 12th:  Susan will be speaking at the Christmas gathering of the

Saturday, December 13th:  Susan will be speaking at the Christmas gathering of the Middleton Tate Johnson Camp #1648, SCV, Arlington, TX.
​