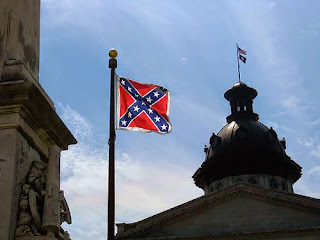 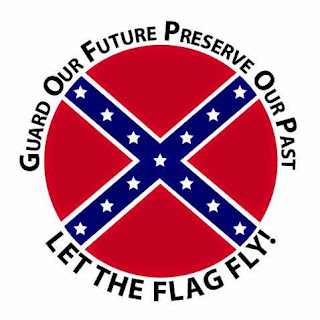 We just received word today from Danville, Va that the folks there are looking to make a strong presence again tomorrow night for the City Council vote that will take place.
You will recall that the City Attorney reported to City Council that agreeing to move the Confederate flag off of the lawn of the Sutherlin Mansion, as requested by the Danville Museum of History and Fine Arts,  would violate Virginia law.  City Council scheduled a vote for tomorrow night, Thursday, November 6th, at which time they will vote on a resolution that directs the City Manager to notify the museum Board of Directors that it cannot consider its request to remove the flag.
On Monday, the Danville SCLC held a press conference in Danville, at which, among other things, they suggested that flying a Confederate flag should be considered a hate crime.

We expect these folks to show up tomorrow night, and we need to have another good showing of supporters of Confederate heritage to counter their efforts.  Please help spread the word, and plan on being at the courthouse by 6:00 pm.  427 Patton St, Danville, VA 24541.
In the meantime, consider sending another email and/or making a final phone call before 5:00 tomorrow to the members of City Council.  Politely ask them to honor Danville's Confederate Veterans AND obey Virginia State Law by voting YES on the resolution to DENY the request of the Danville Museum of Fine Arts and History to remove the Memorial Confederate flag from the grounds of the Sutherlin Mansion.

A final vote and victory tomorrow night will be icing on the cake after yesterday's dramatic victory for Confederate heritage in South Carolina, where the same citizens who trounced a gubernatorial candidate who called for the removal of the Confederate Battle Flag from the State House, also elected the first black Senator from the South since Reconstruction, effectively punching the race baiters and haters squarely in the mouth!


PLEASE help by forwarding this email to all who may have an interest in this matter, and making every effort to get to Danville tomorrow evening.